It all went dark, then they came...

The world has never quite been the same since Dark Day. The day there was no sun rise - no moon or stars for that matter - only absolute darkness and hysteria.

It is your seventeenth birthday when "The Becoming" changes your life and your world view forever. That was the day you discovered there were two of you, your human-self and the inhuman creature you can become at will.

You quickly learn there are "monsters" in the world, both human and supernatural, evil and good. The question is, which are you?

The Nightbane are characters who discover that they not entirely human. In fact, they are shape-changers who possess a comparatively frail, human "facade" and a supernatural, superhuman "morphus."

The morphus is said to reflect the character's personality or subconscious fears, desires and self-image. Thus some are exotic and beautiful, while others (most) are misshapened monsters. No two appear exactly alike and even the most hideous can have the spirit of a saint, while the handsome and beautiful may be evil incarnate.

Whether hideous or beautiful, cruel or kind, the Nightbane are feared and slaughtered by most humans who see only a monster. Creatures of shadows, when slain, they disappear like the morning mist, as if they never existed (and leaving no evidence of their existence).

A surprising number of Nightbane cherish and cling to their humanity. Many of these become secret protectors of humankind and champions of good. Yet even these misbegotten heroes must operate in secret lest fearful, evil or misguided humans torment or destroy them. But there are far greater horrors loosed in the world than this. Evil Nightbane, vampires, human sorcerers, supernatural predators and other dark forces all busy building their petty power structures, preying on the weak and innocent, or engaging in foul pursuits. Worse, the Nightbane are hunted and slaughtered without just cause and without mercy by the Nightlords and their minions.

The Nightlords' plan to quietly seize control of the world! They have already secretly infiltrated the highest levels of world government and business, and have begun to manipulate and enslave humankind. Their only opposition: humans who have uncovered the truth, vampires (rivals for world domination), and the Nightbane who have elected to fight their own kind to save the human race.

Feared and hunted by humans, the Nightlords, and the forces of evil, the Nightbane are the ultimate anti-heroes who struggle to triumph against all odds!

A complete role-playing game! Compatible with Beyond the Supernatural™, Heroes Unlimited™, Ninjas & Superspies™, Mystic China™, and adaptable to Rifts®.

Buy it in the Palladium Books Store 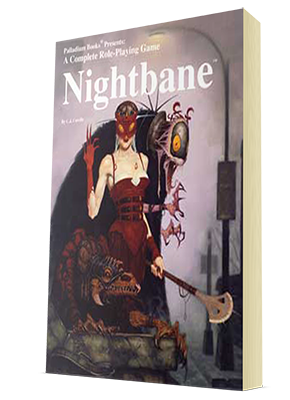 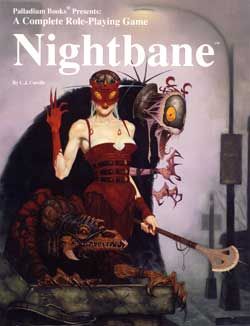 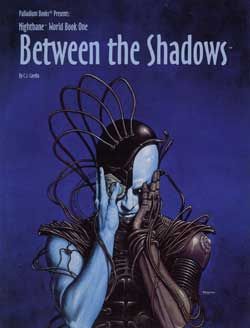 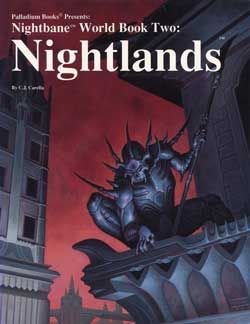 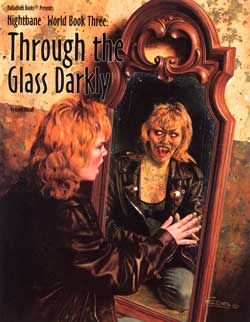 Through the Glass Darkly™ 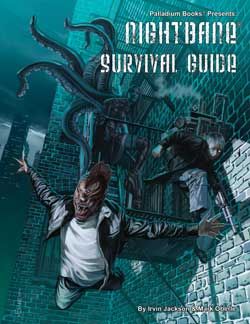 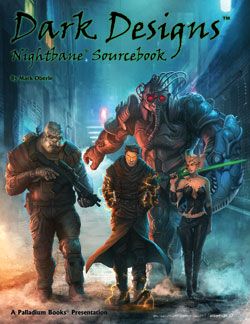